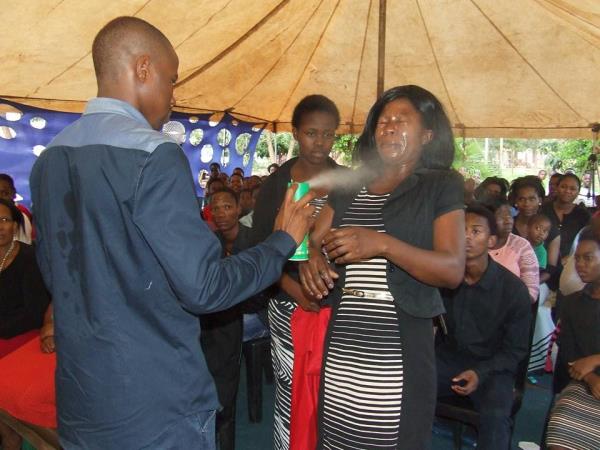 When religious leaders commit crimes under the guise of religion, is there authority(s) to take a stand against them? There is. This commission is called “The commission for the promotion and protection of the rights of cultural, religious, and linguistic communities” (CRL), but unfortunately, it is not doing enough. Commercialised religion is on the rise in South African and it appears as if our government and chapter 9 institutions do not know how to deal with such. Even though I believe there should be a separation of religion and state and that peoples’ religious liberty must be protected even if they harm themselves, I feel we have reached a point where we do not know what to say against the bogus churches and bogus pastors. Legal authorities should be empowered to act against anyone who commits a crime.

Through churches people launder money, and in the ‘church’ the rights of women and children are violated without anyone acting; pensioners and poor people are milked dry financially because they are promised blessings from God. These crimes are committed by men of gold whom the Apostle Peter wrote about. About them he wrote:

But false prophets also arose among the people, just as there will also be false teachers among you, who will secretly introduce destructive heresies, even denying the Master who bought them, bringing swift destruction upon themselves. Many will follow their sensuality, and because of them the way of the truth will be blasphemed; and in their greed, they will exploit you with false words; their judgment from long ago is not idle, and their destruction is not asleep.

I believe that the law should be tightened or developed that deal with false religious practices. Even though I may agree that those who are false and leading people astray are not the only ones to blame because those people voluntarily partake (as Peter says they follow, and as the Apostle Paul say “they will accumulate for themselves teachers in accordance to their own desires) of the horrific activities, stern actions must be taken against some of these so-called churches.

From my personal experience, I remember being at one of the crusades of these prophets and this prophet was praying for a pregnant woman. He said that it was not a child inside (I am aware of the Law of Persons and legal personality stance as in the Mashumpa 2008 (1) SACR 126 (E); where the court found that the killing of an unborn child is not murder) and then stepped on her belly and the fetus died. The woman refused to lay criminal charges. Now in this instance, I believe the law should take its course. The state, the National Prosecuting Authority and the South African Police Service, should be able to intervene here without the victim’s consent to protect the future congregants. But the law’s hands are tied.

There is also the story of the “7 Angels’ Church” where these people believe that the Constitution was breathed out by Satan and then took it upon themselves as their mission to destroy this supreme law of the land. They also believe that education is evil, so all their followers are prevented from going to school. This is a difficult one to regulate because some parents are part of this church with their children, and if I understand the Bible correctly, parents have the prerogative to mislead and deceive their children. Again, the law’s hands are tied.

But perhaps the law can deal with some of these cases. Recently the Limpopo false pastor who sprayed doom in peoples’ naked eyes was convicted by the court. Also, Timothy Omotoso, 59. will appear in court on August the 2nd 2018 for allegations or charges of trafficking in persons and sexual assault/rape. What is disheartening about some of these cases is that things have to get to worse stages such as this case in order for people to heed warnings against such men. I know Tim Omotoso personally. He used to lead a church in my home town of Thaba ‘Nchu in the early 2000s, and despite the warnings of how he was luring people in, how false his miracles were, and how dangerous his teachings were, the man had a huge following. It is a pity that he had to harm people, especially young women before he could be brought to book. But surprisingly, or not surprisingly, he still has strong supporters who are defending him. My wife and I know a young lady personally who is a staunch follower of this evil man and could die for him if she were to.

Also, very recently a toddler died in one of the mega churches because the prophet was praying for them to be healed instantly. The child did not recover, and they called the ambulance when it was already too late. All these seem to me like clear cases of unlawfulness, but we do not have anything in law to deal with such barbaric actions done in the name of God. So, I argue that we should have religious crimes as part of our social dimensions of justice just like we have social media law, environmental crimes, intimate partner violence crimes, etc.

However, to achieve this it would mean that religion has to be regulated, and the hurdle is that it is an insurmountable task to regulate religion, and all efforts to do this will only mean that peoples’ consciences will be suppressed and their rights trumped upon.