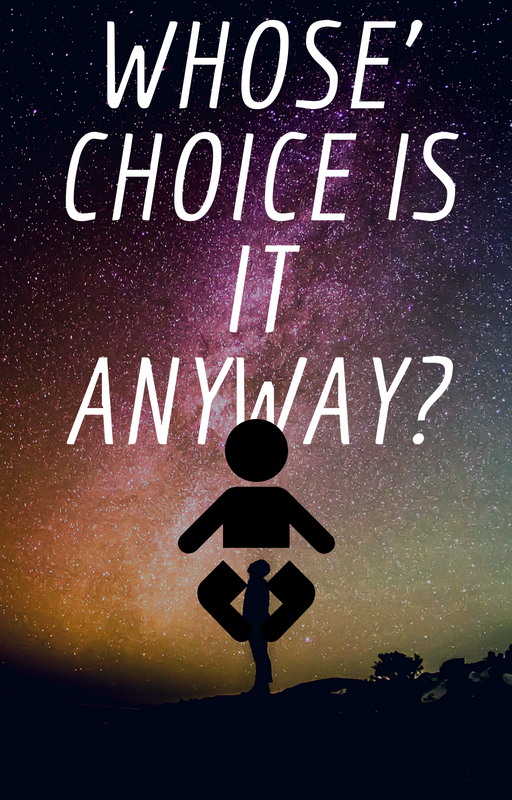 Recently in Parliament, the African Christian Democratic Party[1] tabled a pregnancy Bill which aims to challenge and amend the existing Choice on Termination of Pregnancy Act 92 of 1996. The Business Day reported that the Bill ‘proposes showing the woman seeking abortion ultrasound images of their foetus in utero, mandatory counselling for women seeking abortions, before and after abortions; the introduction of a requirement that for abortions between 13 and 20 weeks, a social worker and a doctor must agree that the pregnancy would significantly affect the socio-economic circumstances of the woman, and removing the provision that allows third-trimester abortions if there is a risk of injury to the foetus’.

This proposal was met with heavy criticism from a number of medical practitioners, some politicians in parliament who sit in the health committee, and some members of the public. One particular comment that caught my attention and made me ponder writing this article was from a member of the public accusing the Christians of advancing views that perpetuate the mistreatment and abuse of women in society. It is a well-known fact that many women feel degraded and are worried about their safety and protection of their rights in society.

As Christians we believe firmly in the dignity of women, that all women are equal to men, because “God created man in His own image, in the image of God He created him; male and female He created them” (Genesis 1:27, ESV). Women are as much image bearers of God as men are. In fact, the Bible goes so far as to say, “there is no male and female, for you are all one in Christ Jesus” (Galatians 3:28b, ESV). These verses point powerfully to the fact that those who are in Christ are one, and there is no hierarchy of essence between men and women. This is how we must see men and women; as beings made to worship God as Revelation 4:11 says, but this is only realised when they are in Christ.

This does not mean that those who are not in Christ are not made in the image of God, but this topic of the Imago Dei is for another time. What I want to focus on is how non-gospel, and non-biblical views are ineffective and how they can easily be misused by society. I also want to point out why the ACDP’s proposed amendment Bill is not helpful and does not represent the views of all the Christians as some people think.

Firstly, the Bible clearly teaches complementarianism. That is, men and women, though all made in the image and likeness of God, have different divine roles. Men are called to sacrificially love their sisters in Christ. In the words of the apostle Paul, we should “Be kind to one another, tender-hearted… and be subject to one another in the fear of Christ”. To honour women, to protect them, to listen to them, to empower them and rejoice in their achievements, and to support them by thanking God for them is a sacred calling; a calling only attainable for those who have been given the ability by the Holy Spirit to walk in Biblical teachings.

This is beautiful and Biblical. The world might not understand it. Radical feminists might frown upon it. Those who deem it patriarchal might frown upon it. Those who do not understand God’s divine design for men and women might not appreciate it. But despite all of this, no one is able to show how this is not good for society. This powerful gospel living is the good society does not want to see. But we must not offer alternatives. We must offer people only the gospel, which is the power of God unto salvation for man-kind.

Ours is to preach the gospel with the hope that in God’s providence some of the women who think of aborting or those who have aborted might find gospel peace. It is true that the ACDP’s Bill might be used by God to dissuade some women from aborting, even in extreme cases of those who have been raped, and they might thank the ACDP later. But it is equally true that some might struggle and if they are not going to receive nouthetic (biblical) counselling, they might dissent against the Christians or go for illegal abortions (not that there are legal abortions). This and other negatives is what we want to prevent, but it should not be done through Bills that are not gospel focused. The reason why the ACDP’s Bill is not understood is because it is not premised solidly on the Bible.

Secondly, there is a legal principle when judges in High Courts, Supreme Court of Appeal, and the Constitutional Court use when they differ on their judgments. It is called a Separate Judgment. When judges hand down separate judgments it is not because they disagree with the conclusion of the majority of the judges, but only that they have different reasons for the same conclusions they arrive at.

Our method is the preaching the gospel in power. Our method is praying and asking God for conviction and conversion of the human hearts. Our method is to be biblically trained, and sound in Biblical counselling and provide a safe haven for the abused and emotionally distressed women as a result of abortion.[3] We want to see people turn from their sins and believe in God.

If Christians want to they may use a Constitutional provision of protest against abortion. Section 17 on Assembly, demonstration, picket and petition states that, “everyone has the right, peacefully and unarmed, to assemble, to demonstrate, to picket and to present petitions”.

But what I fear with the ACDP’s way of going about this is that such things are not healthy, especially if the ACDP were to be a governing party in our democracy. We should avoid creating problems that people like Constantine created when under his reign being Christian gained you favour with the state, and false converts abounded.

We should not force women not to abort. We should convince them with the truth, regardless what reasons and arguments they have (even women who agree with their male partners) that they should obey God. In order for them to obey God we must show them from the Scriptures what God says about abortion, and leave it at that; not exceeding what is written. God speaks against abortion, and what He says is sufficient.

Finally, this article is an appeal to stick to the gospel and to rely on the authority of the Word of God regardless what happens. If people do not obey God, leave it up to Him to deal with them in His own time. We should not create problematic laws. This article adds a Christian voice, a perspective, which is different from the ACDP’s voice to make it plain and clear that although Christians agree with ACDP on the sin of abortion, the Bill they proposed does not represent the Christian view exclusively and objectively.

For all those who have committed abortions (men and women by mutual agreement and plan), women unilaterally, for any reason and you might be feeling condemned and guilty know that there is a God that you can run to for healing. In the sight of God all human beings are sinners in need of mercy. May this Puritan prayer, titled “Mercy”, be of encouragement to you.

GOD OF THE PUBLICAN,

Be merciful to me a sinner;
this I am by nature and practice,
this thy Word proclaims me to be,
this I hope I feel myself to be;
Yet thou hast not left me to despair,
for there is no ‘peradventure’ in thy grace;
I have all the assurance I need
that with thee is plenteous redemption.

In spite of the number and heinousness of my sins
thou hast given me a token for good;
The golden sceptre is held out,
and thou hast said ‘Touch it and live’.
May I encourage myself by a sense of thy
all-sufficiency,
by faith in thy promises,
by views of the experience of others.
To that dear refuge in which so many have sheltered
from every storm
may I repair,
In that fountain always freely open for sin
may I be cleansed from every defilement.
Sin is that abominable thing which thy soul hates,
and this alone separates thee and me.
Thou canst not contradict the essential perfections
of thy nature;
Thou canst not make me happy with thyself,
till thou hast made me holy like thyself.

O holy God, make me such a creature as thou canst
take pleasure in,
and such a being that I can take pleasure in thee.
May I consent to and delight in thy law
after the inner man,
never complain over the strictness of thy demands,
but mourn over my want of conformity to them;
never question thy commandments,
but esteem them to be right.
By thy Spirit within me
may my practice spring from principle, and
my dispositions be conformable with duty.[4]

[1] Hereinafter referred to as ACDP.

[2] This is not in any way suggesting that the law of the land does not curb sin. It does. We have many good laws in this country, and that is why God has instituted the government. What I am saying is that ACDP should make it plain that they oppose abortion, period! They should push for an Act that will make it illegal to abort, like assisted suicide is illegal in the country. The Christian view is not that it should be difficult to abort. The Christian view is that abortion should not be permitted.

[3] I bear in mind here that there might be women who abort not under any duress.