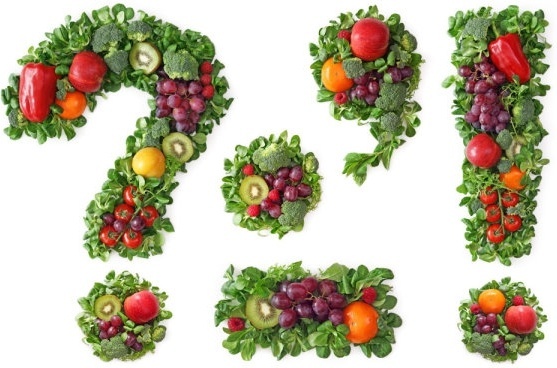 My father was a chef, a brilliant one. He worked for a Sun International hotel that was called, “Thaba ‘Nchu Sun”. Though we knew very little of this side of him, but he once wowed us when he displayed what he was capable of doing. There was a party at our maternal-grandparent’s place, and he created the best fruit art that I have ever seen in my life. What he did with the fruit with his hands was a display of sheer brilliance. But at home, my father wanted to be a butcher. In fact, he was a butcher.

He butchered everything he ever laid his hands on. His glorious career. His religion. His wife. His children. He is now a general worker at Eskom. He has no relationship with God. He has no relationship with his wife with very slim prospects of a successful matrimonial reunion. He butchered my mother, and she says she is broken beyond repair. He has no desire to have relations with his children, and he does not know his three granddaughters. To give you a vivid picture, my father was not involved in my sister’s marital plans nor mine. He did not show up at any of our weddings, though he knew we were both getting married.

The last time I saw my father was at the funeral of the man, our neighbour, which I mentioned in the previous article who helped rescue my mother by pretending to be talking to her in the toilet. I am not sure if my father was at the funeral, but when I saw him at the funeral he was drunk and made it a public spectacle, and showed no regard and respect for his neighbour. To this day, although it now has no effect on us or whatsoever, our father still tries to go out of his way to embarrass us whenever he sees us. The second last time I saw him next to the road I stopped the car to greet him politely, but he was cheeky with me, took me to his new girlfriend, and asked me to buy him Sekhonfana – “traditional beer”.

Where we grew up, it is tradition that when ‘children’ get their first cars they show them to their parents to thank them, and to show them that their hard work and support paid off. Now, my sister and I were not supported by our father, yet when my sister got her first car she went to show him the car to share the joy and blessing with him but he threatened to smash the car. We were supported by our single mother who works at Shoprite, and to this day she still earns a salary that’s not even half of the rent that I currently pay. Our mother worked hard, and tried to support us to the best of her ability. I don’t know how my mother did it, but I know she made sacrifices for us that often left me in tears. She makes jokes of this when she looks back, but I could never forget one winter morning in the middle of the month when she had only R5 left, with no food in the house, and she gave it to me to go to varsity to buy something to eat. This was in 2009. Can you imagine what R5 got you to eat then, at varsity?

But now life is a bit better for my mother because all her three children are out of the home, and we are all employed, though my little sister is still looking for a more stable job. We received support from many people, but if I were to single out instrumental people in our lives it would be my uncle. All my maternal uncles and aunt helped us get by in life, but my youngest uncle was most instrumental. I think if both my sisters and I we were to point out someone who played a father role in our lives it would be him. He and his wife, to be precise, played an important role in our lives.

In the mid-90s my father quit his job as a chef to nurse his ailing grandmother, or some old woman related to him, as the reason. Many people tried to talk him out of it, but he would not budge. We knew he was not honest, and to this day I don’t know the real reason he dropped his illustrious career. You can just imagine what he did with his retirement pay-out since he was an alcoholic and a drug user. He became a “blesser” and squandered his money. Ask him what he did with his money and he can’t show you a single thing.

Shortly before this, he was still an abuser but I think the intensity was depreciating because we were starting to grow and he feared going to jail seeing that we were capable of laying criminal charges against him. So, he started abusing us emotionally. He became an emotional butcher. I mean the little things that he did hurt us deeply. They are: He and his friend(s) shot dead my German shepherd that I loved a lot. He shot it in the mouth. Soon after I had another puppy, and he wrapped it in a plastic bag and dumped it at the dumping side. (Those who know Thaba ‘Nchu would remember “Sbathini”). He lied to me by saying it was sick and died as a result.

My mother bought a spinning washing line, and he sold it and said it was stolen. He would come with sweets from work and called kids on the streets and threw our sweets in the air and those who caught them had them. (Ah, I remember some of them that fell on top of the roof, and those were the only ones I could get. I remember finding a pink ‘fudge’ on the roof, and I was happy because it was like the best of the sweets).

I remember the one season when he hid my mother’s house key and said that she had lost it, and punished us for it. We only had entry into the house when he was around with his key. We spent many cold nights outside waiting for him because he instructed us to not go to our neighbours. My ‘tsotsi’ skills began around this time. I remember how I figured opening the door without using the key, but would only go inside the house quickly to get whatever we needed and got out so that he would find us outside. There were many times when he found us inside and we lied saying he forgot to lock. That I was able to open a locked door worked to our advantage when one day while my mother was cooking he asked us to go outside and locked the door and left. He knew the pots were on the stove, and he knew how dangerous the gas stove was, so he basically wanted the house burned down and blame us for it. Little did he know that I could open a locked door, and I did, and thankfully the house did not go up in flames.

He ended up giving us the key back and confessed that he had stolen in from my mother’s bag and hid it. My father was something else.

My mother never had formal education, and she never had a professional job. She did odd jobs here and there. Her two stable jobs were when she was a cashier at OK, and later worked for Shoprite. A head injury from the abuse forced her out of OK. She struggled with headaches, and could not cope at work because she was always battered by the man who claimed to love her. She attempted to go to school, but she never managed to finish her matric.

My father on the other hand, was an intelligent man and very knowledgeable. I don’t know how much he is educated but he always bragged about his achievements and the certificates he was awarded. Fortune was also on his side. Soon after he left Sun International, this company begged him to return to work, and at some point they were willing to offer him a managerial position, but he rejected the offer just to make us suffer.

He later worked at Maslespoort and we loved visiting him there. That’s where I learned to swim. He did not last at this job of his, and resigned because he said there was a ghost in the house he was living in. Before he left though, He asked a friend to move in with them but his friend’s wife refused. He came home and cried like a baby. We like making fun of him when we remember how he cried because of that woman. He used to say: “A nah Mimi ke mothogo?” (Is Mimi human?). In my opinion, Mimi made the right decision.

This man destroyed his life. My mother tried to get him into business by opening a small tuck-shop at home, but he destroyed it. Now he works for Eskom, a job that was organised for him by my uncle who also works for Eskom. This uncle of mine tried so many times to give him the benefit of the doubt, and many chances, but he has disappointed him as well. He went out of his way to show him how ungrateful he was and did not care that it was him who got him his job.

I remember sometime last year when I went into Eskom to launch a complain about our meter box that was malfunctioning and I met him outside. He called me sir, and greeted me uncourteously. I don’t know what he told his colleagues about his family, but something interesting happened at admin. While taking down my details at the counter, the admin lady recognised that my surname was the same as his, and he happened to be passing by at that time, and she called him and asked if he knew who I was. “If you have the surname I have you are most likely related to me”. All the Kukunis are related. So he had to tell them who I was, and they could not believe what he told them.

At this moment my father is a broken man. He is fighting a court battle with my mom that he is going to lose. He just doesn’t give up. But our mom, Lord bless her, is not willing to fight. She is in court because she was summoned by the sheriff of the court to hear my father’s case. He got himself into trouble because he is asking the court to grant him an order to stop paying maintenance saying that we are all grown and need no support, and so the court asked him to bring proof of the payments he claims to have been making for over a decade but he has none.

All hope is not lost. My father could still find Christ and become a new creation. Should the Lord grant him repentance, a thing I pray for constantly, I would be very happy. The gospel message is unequivocal, that “If anyone is in Christ, he is a new creature; the old things passed away, behold, new things have come” (2 Corinthians 5:17). This is my father’s only hope. He needs to be reconciled to God, the only Person who can wipe away his sins and not count his trespasses against him. This, O Lord, you did for us, may you please do it for our father. Amen!