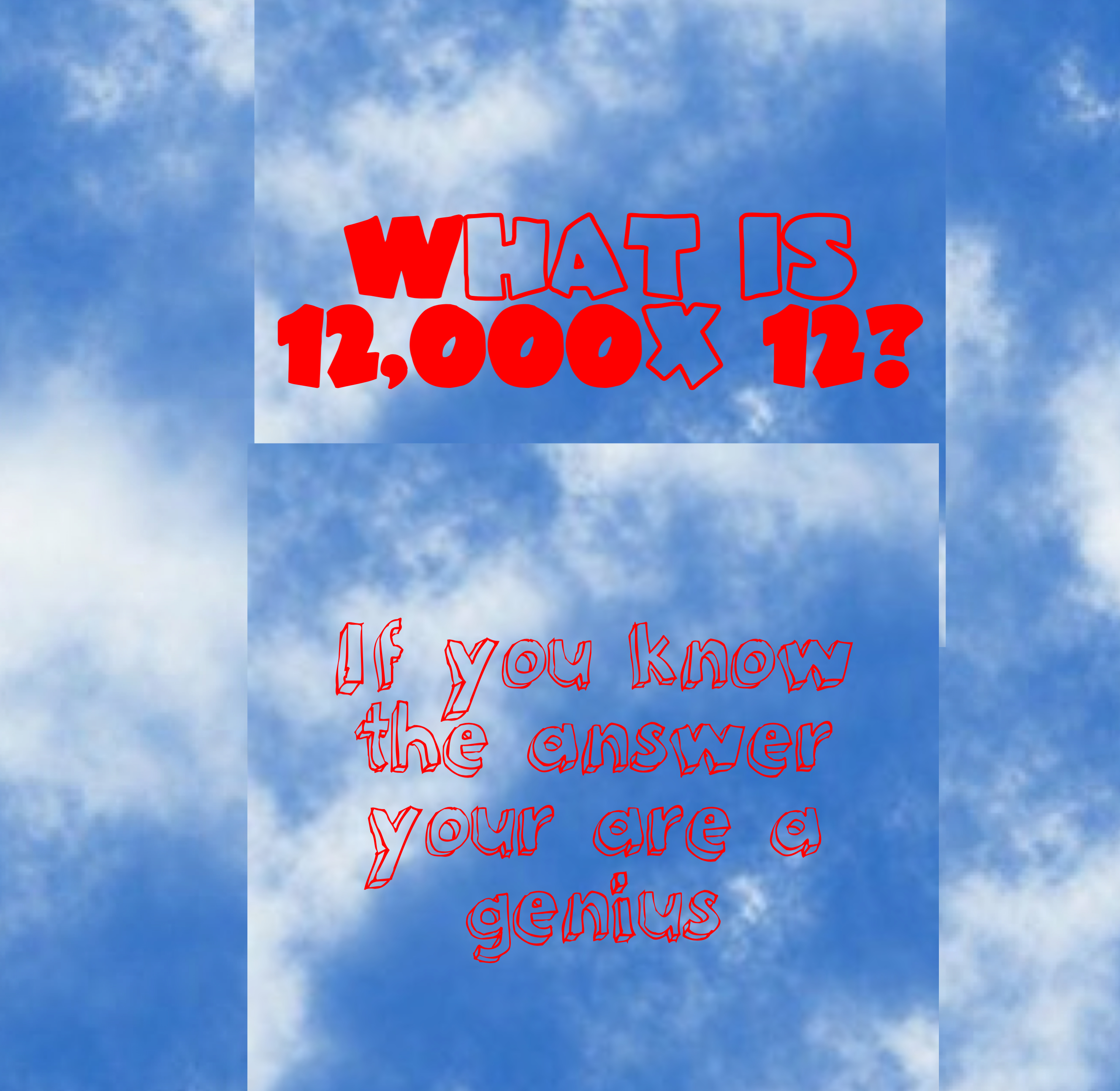 Tuesdays should be my off day, but I rarely take off, but today I had a few minutes to spare (as one Puritan said: “writing is a spare time thing, and I don’t have spare time”. This Puritan’s wife said this explains why you would find many grammatical mistakes and poor theology in her husband’s books. “Hint-hint-nudge-nudge”), and I found it fun to write about Clint Archer’s article that responds to Kevin DeYoung’s article. I read Kevin DeYoung a lot, but I rarely read Clint Archer, so, I don’t really know him. Yet I found it necessary to write about Clint Archer’s article because of what he said about Kevin DeYoung’s article. He says Kevin’s article on the 144 000 in Revelation is the best explanation he has read.

It might be for him, but I do not think it is for people who have read widely and researched extensively on this issue. I’m not a Covenantal, nor am I an Amillennialist. Though my mind is made up and I can defend from Scripture why I believe what I believe, I long and am open to being convinced otherwise. I am willing to hear a Covenantal and an Amillennialist on why they think the Bible teaches these. In fact, I might be asking for too much or for no one who exists, but I think a person who could successfully convince me is one who was a true Dispensational-Premillennial, and can articulate what I believe in such a way that if they were to handle Scripture texts, applying the same hermeneutical method that I hold to, would arrive at the same conclusion as I.

Disappointingly, professing Covenantal-Amillennialists I know who claim they used to be Dispensational-Premillennial fail to explain to me what I believe. So, whenever they disagree with my position I hear them arguing against what I am not and don’t believe. On these issues, it is not wise to disagree with the other side if you don’t know what they believe and how they arrive at the conclusion of what they believe. I have an Arian-Jehova’s Witness friend who does this a lot. Because he assumes Arianism, he fails to see my explanation of Trinitarianism, and whenever I ask him to explain what I believe, he always accuses me of tritheism.

I learned two most important things from my seminary lecturer Dr. Dave Beakley about convictions and views. The first being: if you want to know and understand a position, read and study it primarily from the proponents and experts of the position, rather than from those who oppose and criticise it. The second being: It is possible to understand a position or a view you do not believe. Many people make the mistake of thinking that understanding a position is tantamount to believing it. Unfortunately, this is a barrier that will always be there for many and the other side(s) will always be obscure.

I am not saying we should understand everything there is to understand and know about views we do not hold to. It is fine to not know every blend of every view. But I am saying it is best and wise to invest time in knowing what your opponents believe, so that you may disagree with them and not with your manufactured idea of them. If you do not have the time to study and understand how different people nuance their views (e.g., a Covenantal who is not infant Baptist, or a Covenantal who is Premillennial), then rather stop generalising when you critique their view(s).

Coming back to Clint Archer and Kevin DeYoung. Clint is right. “Kevin is a master of clear writing… He possesses almost otherworldly powers of obtaining an aerial view of the bigger picture, penetrating his insight deep into the most opaque issue, and breathing a crystalline clarity into an arcane subject matter”. I share the same sentiment, that Kevin DeYoung has a unique ability to articulate things that I also struggle to articulate.

But unlike Clint Archer feels, I was not intellectually-moved an inch by Kevin DeYoung’s article on who the 144 000 in the book of Revelation are. Clint Archer writes that, “since ammillennialism goes with the Dutch Reformed Church[1] like tights to with superheroes, I feared he was about to burst out of the phone booth wielding the best argument I would never read about why the 144,000 of Revelation 7:4-8; 14:1-3 were not in fact 144,000 of anything. And I was right. He did supply the best explanation I’ve read. Clear, concise, comprehensive. And yet, to my relief, utterly unconvincing”. Read the full article here. Thank you Clint for a fine job. It wasn’t hard to critique Kevin, was it?

Covenantal-Amillennialist guys need to write fresh perspectives. They need to produce new material. They need to be consistent in their hermeneutical approach to Scripture. Guys are more loyal to their heroes, and have high regard for them, and read Scripture through the lens of their belief systems. Kevin DeYoung, although not paraphrasing or plagiarising, is not saying anything new. He writes differently because he has the ability to write. Perhaps he needs to write a more than 500 words article, or a scholarly book. What he has written in this article is in line with his system, and the hermeneutical approach he used here won’t work elsewhere.

There is a book I just finished reading that I like very much. In it, I read new things, and for the most part the book was fresh. It is this over 800 page book by Peter J. Gentry & Stephen J. Wellum. The book offers a fresh take on hermeneutical issues in putting together the covenants of Scripture. They also point out the importance of interpreting the text of Scripture according to the three horizons: textual (context), ephochal (interpreting the texts of Scripture in light of where they are in redemptive history. By so doing you recognize that God’s plan of redemption unfolded and developed over time. This allows the interpreter to see the continuity and discontinuity in Scripture), and canonical (intertextual relationships between early and later revelation). I think that the contribution that this book has made is a substantial one, unique, and worth considering for any research on this issue.

Of particular freshness to me is their view of typologies. For an example, typologies have characteristics, one of them “is a fortiori (lesser to greater quality), or the fact that it exhibits escalation as the type is fulfilled in the antitype”. This way “Adam serves as a type of Christ, and ‘little Adams’ arise across time, yet all these ‘other Adams’ (e.g., Noah, Abraham, Israel, David) fail in their obedience and faith; there is not an increase in them. Yet, all of them anticipate the coming of a greater Adam – the last Adam – who will not fail in his obedience and faith”.

Also, typologies are prophetic and predictive in nature, so this way types always point beyond themselves. Think of it this way: types are indirect prophecy. So when you see Adam, you see Noah, you see Israel, you see David, and ultimately you see Christ. Adam has a commandment (covenant of works) and Eden, but he fails and loses the garden. Fast forward to Israel’s times and you have Israel with the Ten Commandments and Canaan, but they too fail and lose the land. But, you see, they are just types. The real thing is Christ and all the types must find their fulfilment in Him. So, Christ is the new and last Adam. He obeys the Law, and so He must have some dwelling place like Adam had the garden and Israel had Canaan.

Okay, this stuff is really complicated, but in their own words: “It is in this way that the new covenant promise given to the ‘house of Israel’ and the ‘house of Judah’ (Jer. 31:31) is applied to the church. Christ, as the antitypical fulfilment of Israel, takes on the role of Israel, and by faith union in him, his word becomes ours as his new covenant people. I like this because it allows for Israel to still be Israel, and in a unique way the church is a New Testament entity, and the covenant sign under the new covenant is baptism and it can only be received by believers. Let me stop here. You may read critiques of this book below:

Darrel L. Bock’s: A CRITIQUE OF GENTRY AND WELLUM’S, KINGDOM THROUGH COVENANT: A NEW TESTAMENT PERSPECTIVE.

Michael Grisanti: A CRITIQUE OF GENTRY AND WELLUM’S, KINGDOM THROUGH COVENANT: AN OLD TESTAMENT PERSPECTIVE.

Michael J. Vlach: HAVE THEY FOUND A BETTER WAY? AN ANALYSIS OF GENTRY AND WELLUM’S, KINGDOM THROUGH COVENANT.

And, read a response to a review of their book from them here. But, please read the book, and many other books and peer reviewed academic articles.

[1] I do not know if I am wrong, but is he not Presbyterian at the moment?